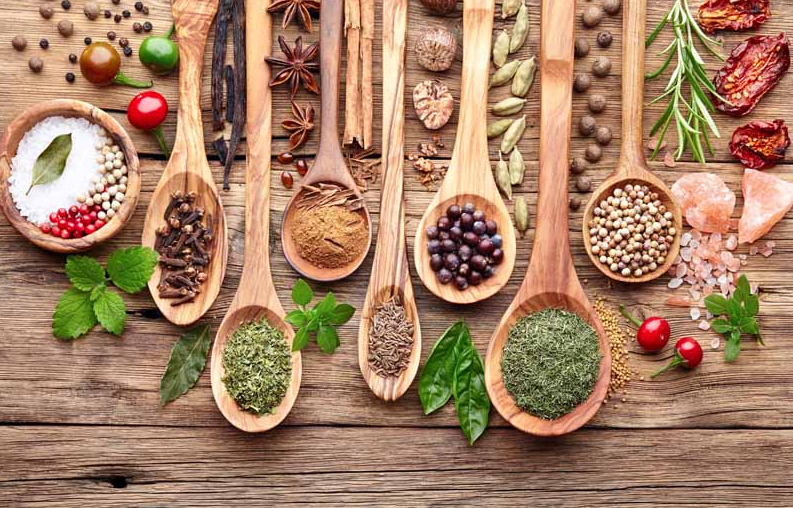 By Julia Billyard 1 February 2021 No Comments

One thing you might notice about a lot of duck recipes is the wide range of seasonings used to really spice up the meat’s flavour. Many of them are obviously a unique mix that result in an undoubtedly delicious dish.

Still, if you are on a budget and can’t really afford having an entire spice rack in your kitchen, it might be better to limit yourself to a few that always work well. With that in mind, we’ve compiled a short list of the most popular and delectable spices and herbs that can take the taste of your next roast duck to a new level!

If you want a spice with a hint of warm sweetness, then star anise is your best bet. It is likely you may have seen it featured as part of the famous Chinese five-spice mix but it is still pretty good by itself. Put it inside the duck alongside some garlic, salt and pepper to add its unique aroma when it roasts. Alternatively, you can grind it up and use it as a rub (though it is highly recommended that the duck is cooked and eaten quickly to preserve the flavour).

If you want a single herb that you can use in multiple ways, try stocking up on some thyme! Its buds can be picked off the stems and use it to coat the duck’s skin. You can also try putting the sprigs around or inside the duck as it roasts instead. Either way, you can expect your bird to come out with that nice, herbal aroma.

A classic, sichuan pepper is also another component in Chinese five-spice that can still stand very well on its own. You can make a rub by roasting it and then grinding it with a bit of seasoning. It is a great spice if you want to add a really potent zing to your duck meat!

While you probably wouldn’t want to eat ginger with the duck, it can be a great addition to a sauce or glaze. Usually this is done by grating it as part of a mix (or you can even use dry ginger powder instead). Much like thyme, ginger has a sharp yet soothing aroma that is great with poultry meat.

One of the things that make rosemary fairly unique is that it works really well with oils like butter and animal fat. And given the natural fattiness of duck, you can certainly produce a lot of delightful results. It also lends itself real well to fruity flavours like lemon marinades.

Spices and herbs can really transform the flavour of a duck but you don’t have to worry about spending so much to simply learn how to use them. Trying just one of these can be enough to up your culinary game!