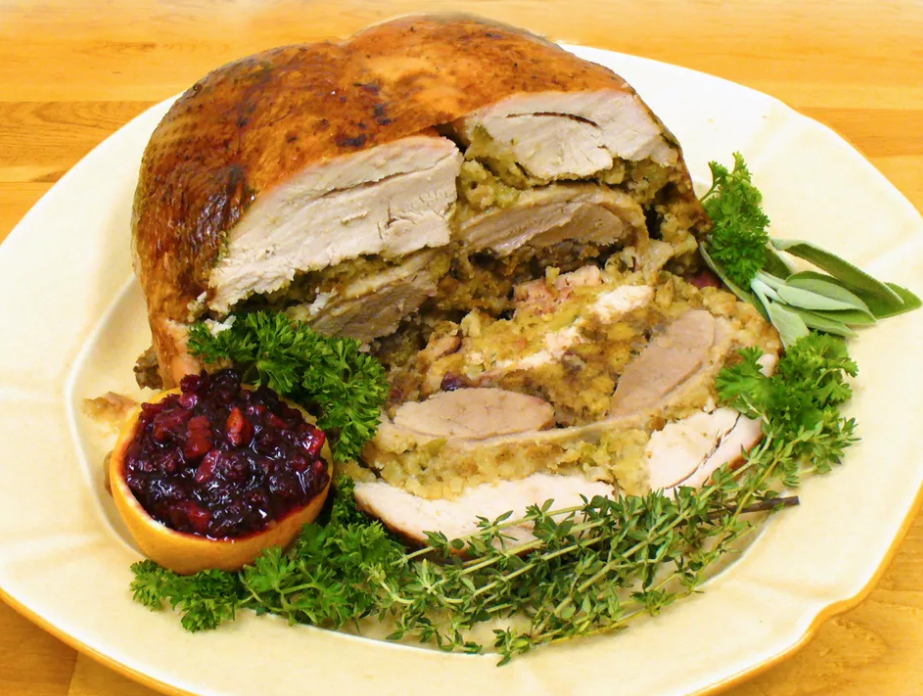 Three Things You MUST Remember When Stuffing Duck in Turducken

By Julia Billyard 25 January 2021 No Comments

Home » Three Things You MUST Remember When Stuffing Duck in Turducken

While you’ll find more than a handful of bizarre poultry dishes out there, few can be as bold, messy yet surprisingly delicious as the infamous turducken.

As the name implies, a turducken is a dish where a turkey is stuffed with a duck, which in turn is stuffed with a chicken. The result is a strange, super-meaty imitation of a cordon bleu in the form of a sewed up turkey.

But as daunting as its preparation sounds, it’s actually not as hard to make as, say, Peking duck. The real question, however, is if the resulting taste of mixed poultry is really worth it.

Well, here are some of the things to consider before turning your duck into a part of the big turducken experiment.

#1. Deboning must be precise and clean.

One of the things that make turducken messy is that it will really test your knife skills. The turkey, duck and chicken all have to have their bones out (with some exception to the turkey’s legs and wings). But at the same time, the meaty frame of the birds still has to be intact.

That means you actually have to carefully maintain the integrity of their skin for the most part. This gets particularly tricky for the duck because any excess skin will not cook very well and compromise the flavour even when it is roasted inside the turkey.

Dry-tasting meat is one of the problems you might get from turducken. Hence, you’ll often see recipes putting lots of spice rubs and marinades between the birds. You might also want to inject a bit of brine in the breast meat portions to maintain tenderness and enhance the flavour.

Remember, turducken is a crazy roasting experiment that will cook multiple layers of white meat at once but that doesn’t necessarily mean their flavours will mix in a way you might think.

If all else fails, you can still use the duck fat to turn the turkey side into a tasty redeeming factor of your little turducken experiment. Basting the skin with it instead of using butter can help the skin crisp while also adding more to the flavour.

Don’t forget that you can easily render the duck fat yourself from the extra skin and wing tips that you’ve trimmed off during the deboning step.

All in all, if you want to try turducken thinking that it might create some weirdly wonderful changes to the duck’s flavour, then you might want to tone down those expectations. On the other hand, if you want a peculiar way to serve turkey, duck and chicken all at once at a next party, then go right ahead!