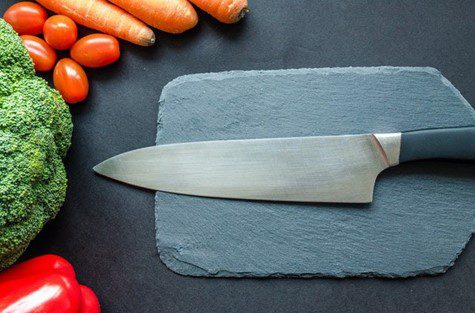 The Different Knives for Duck Carving

By Julia Billyard 1 October 2020 No Comments

Given that a duck has a very different anatomy from chicken, being good with a knife is a very important skill to have. Still, this goes hand in hand with knowing the right type of knife to use when preparing any duck dish.

Generally, you could do well enough with using just one particular knife. But if you’re relatively new to duck recipes, you might have already seen a wide variety of cutlery being used and wonder if it is of any significance.

The short answer though, is that it is a combination of personal style, cooking skill and sometimes the particular recipe you’re working on. To help you decide though, here are three of the most recognisable knives used in carving up a duck.

Naturally, you can expect a good start with the knife that has always existed in everyone’s kitchen. The common chef’s knife is a well-rounded tool that’s sharp enough for scoring, carving and trimming ducks. It might not have as much weight as, say, a cleaver but it’s not like you’ll need something that heavy-handed all the time. It is also important to remember that the best way to use this classical knife is to hold it properly, and your duck carving technique should utilise the whole of the blade (not just the tip, or the heavier part of it).

If you are considering a more specialised knife for poultry, you couldn’t go wrong with it either. Most professionals tend to favour the Japanese variety. But whatever brand you choose, the important thing about it is that it is a knife for those who value precision. It is smaller, with a more pointed tip that helps with finer trimming. It can also be used for scoring and getting really in between joints of the duck. If you are not confident with handling larger knives, then this might be a better fit for you.

You’ve probably seen this many times on Chinese cooking videos, or Vietnamese street food clips. But contrary to what some might think, the Chinese cleaver isn’t actually a cleaver. It is designed differently, and it shows. You can occasionally see this large knife used even when making more precise cuts on duck ingredients (such as scoring, slicing etc). The blade is much thinner, yet its cleaver-like size requires you to use different cutting techniques. If you master those techniques though, then you can get really fast at chopping up and serving up duck like a lot of professional Asian chefs.