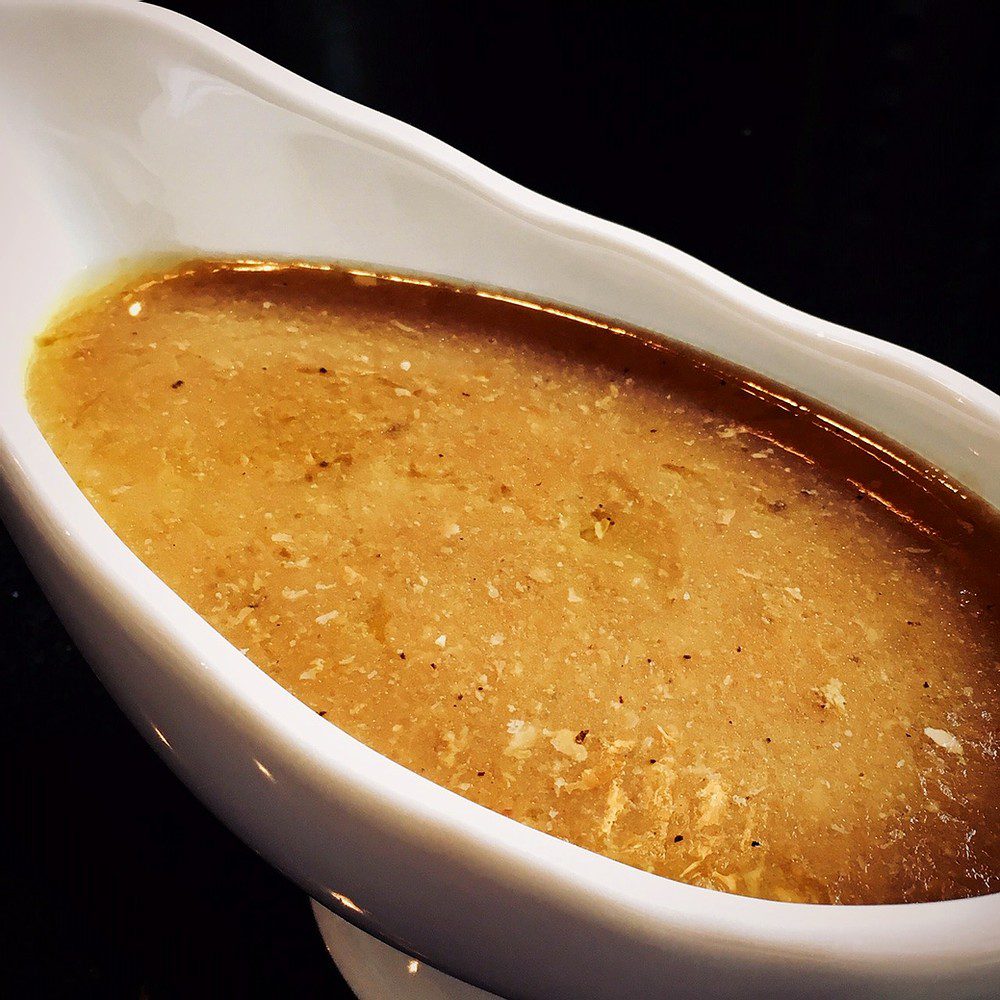 Is Roast Duck Better with Sauce or Gravy?

By Julia Billyard 16 November 2020 No Comments

Home » Is Roast Duck Better with Sauce or Gravy?

Almost every duck recipe mentions sauce in one way or another. On the other hand, duck can also be eaten with a nice side of gravy just like any other delicious poultry dish. Both of these are wonderful. But sometimes, you have to choose between the two. How do you make the decision?

Well, you can start with what significantly differentiates one from the other (and how it would matter). Let’s break things down.

Sauce is often made from mixes of fruits, spices or beans. When it comes to roast duck, the most well-known is Hoisin sauce, closely followed by apple sauce. Sauces (as well as glazes) made from honey and berries can also fall under this category.

And across all these sauces, there is a sweetness to them that goes well with duck meat. It can also be argued that they contain less fat and cholesterol content than gravy, and can thus be a healthier option for those watching their weight.

Still, these sauces can be a bit harder to come by compared to the ingredients used in gravy. And while they don’t have as much fat, you still have to think about sugar and sodium content as well.

In contrast, gravy can have a richer, bolder flavour and will always be a top choice for serious meat lovers. And more than that, half the ingredients to make it come straight from the duck itself!

This includes the duck fat from the roasting juices as well as giblets that are occasionally packed inside whole ducks specifically to make gravy with. Duck stock is also used (although chicken stock can be a fine substitute). After that, you just usually need a bit of flour, butter and some additional spices to give it both body and flavour.

But of course, as we’ve earlier mentioned, this process just screams extra fat, calories and cholesterol. There is a reason why gravy is best served only on special occasions and not as part of a daily diet. That said though, it is certainly a great idea to make for a spectacular dinner.

So overall, if you had to choose one, choose based on diet and budget. Sauces can be a bit more on the expensive side, but healthier if you minimize the salt and sugar. On the other hand, gravy is cheaper, goes well with everything alongside the roast duck, but also very fatty. Depending on who you’re serving, one will ultimately be better than the other.