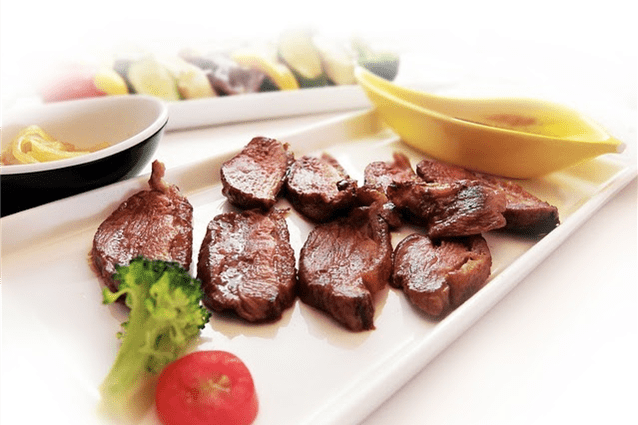 Is Duck Meat Red or White (And Why Does It Matter)?

Home » Is Duck Meat Red or White (And Why Does It Matter)?

When learning how to cook duck meat, you may have learned the fun fact about its interesting position between red meat and white meat categories.

Now, these two categories are certainly important to know about if you are very health-conscious about the kind of meat in your diet. Red meat is called such because it tends to be dark, muscle meat where a lot of oxygen goes in. It’s also considered fattier, more marbled yet richer in other nutrients such as iron and B-Vitamins.

In contrast, white meat tends to be one of the go-to ingredients for people looking for a leaner source of protein. It also has lesser cholesterol content, making it the meat alternative for people at risk of heart problems (or even just want to reduce those risks as they get older).

So, which of these does duck meat fall into? It is a tricky question because poultry is often classified as white meat and red meat is exclusively the realm of beef, pork and lamb.

There is not actually a straight answer. But as far as cooking and eating duck meat goes, it’s best to treat it as red meat. Here are three simple reasons why:

1. Duck meat has the red meat consistency of steak.

This goes especially for the breast cut. This is mostly because ducks had a long, evolutionary history of flight (at least more than chickens). This part of the duck tends to be stronger and, therefore, requiring more oxygen. The same goes for the legs, as they are also waterfowl. Hence, recipes that have you cooking duck meat require you to treat the meat with the same consistency as steak, with gradual increases in temperature for thorough cooking.

2. By itself, duck meat still has high fat content (albeit removable).

Ducks are naturally fatty because the presence of fat in their muscles helps to keep the bird warm while swimming. But on the bright side, their fat has the unique trait of not being as marbled as other red meat (like beef). That explains why duck fat is generally easier to render off while cooking. A lot of the fat can also be found on the skin, which you can just remove first before putting the meat on the pan.

3. Duck meat has the same cholesterol level as red meat.

Lastly, it bears repeating that red meat is generally known for high cholesterol. And sadly, duck is one of the types of poultry that has this characteristic. If you are serving somebody who is not in the best shape for high-cholesterol foods, then duck meat may not be the best idea. On the other hand, those who are craving red meat but just want to mind their cholesterol levels might want to give it a try since it still ranks a bit lower than beef.

In short, duck is poultry but with the consistency of red meat. Focus on the latter if you’re learning how to cook and serve it right!